It’s been a year since I started at Raintank (soon to be renamed to GrafanaLabs). During that time, I have worked on lots of interesting stuff. Some highlights:

I’ve learnt a lot. The biggest change being the switch from Windows to Linux. I have worked on projects in Node and Go, both new languages for me. It’s been intensive but now it is going to get even more intensive!

As one of my colleagues in the Stockholm office, Carl, is gone on parental leave for a few months, we decided that now was a good time for me to start focusing on Grafana full time.

It’s very obvious from the outside that Grafana is a really popular project. It has just under 15 000 stars on GitHub and a look at the GitHub pulse shows a lot of activity – during the last month there have been 58 active pull requests and 252 active issues. 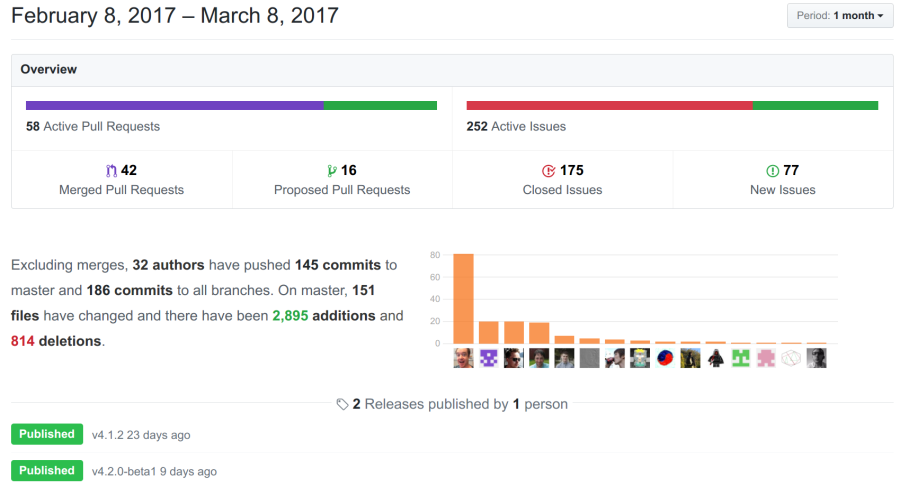 But what those stats do not show is the number of comments on issues, a lot of them on closed issues. Grafana currently has 900 open issues (570 of those are feature requests) but if you count closed issues and pull requests then there are more than 7000. Carl and Torkel have closed tons of issues and pull requests over the last 12 months but they have also answered tons of follow up questions on closed issues. Since I started writing this blog post a few minutes ago,   14 notifications from GitHub for Grafana issues have landed in my gmail.